Maps of the Karabakh conflict: the situation on the ground according to Armenia and Azerbaijan

A total of seven maps: Ministries of Defense of Azerbaijan and Armenia on places of current military actions and Reuters on the Karabakh conflict zone and displaced person as of 2019 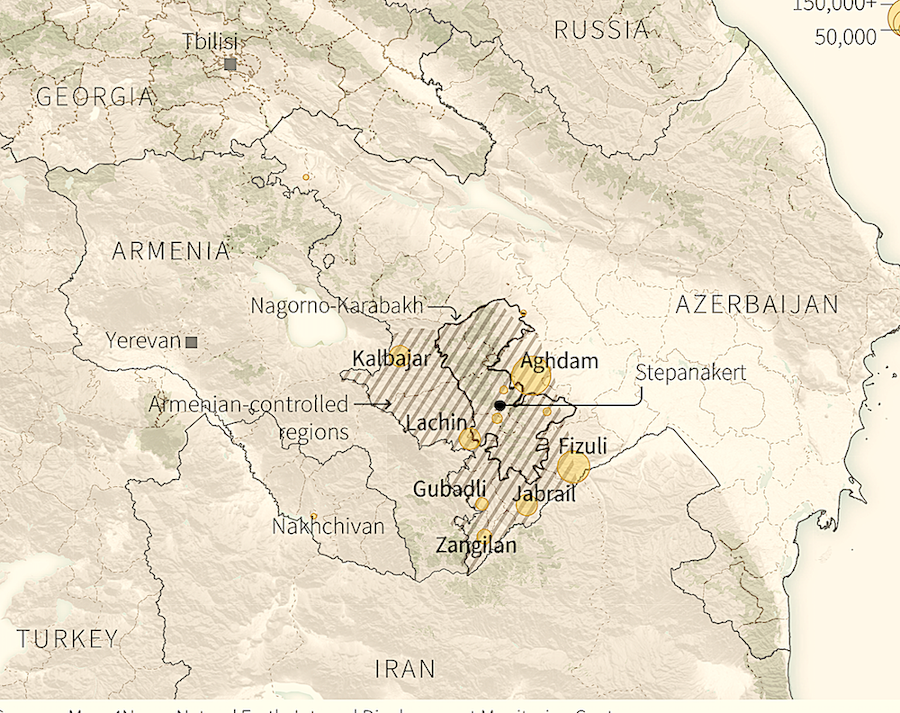 The Ministries of Defense of Azerbaijan and Armenia have simultaneously published maps of military actions in the Karabakh conflict zone showing who is allegedly in control of specific districts and settlements, as well as where the main fights are taking place.

In most cases, these maps don’t coincide.

Reuters also provided a map of the Karabakh conflict zone during the period after 1988 up to 2019.

It shows districts abandoned by ethnic Azerbaijanis as a result of the war in the beginning of the 1990s.

According to Reuters’ information, since fighting in 1988 up until 2019, around 30,000 people have died on both sides, most of them military servicemen. This number doesn’t include the number of victims of military actions that started on September 27 and are currently continuing. Expert data states that several thousand people have already died during the escalation.

• Who will help solve the Karabakh conflict – Washington or Moscow?

Five maps of military action as of October 24, 2020, version provided by the Ministry of Defense of Armenia 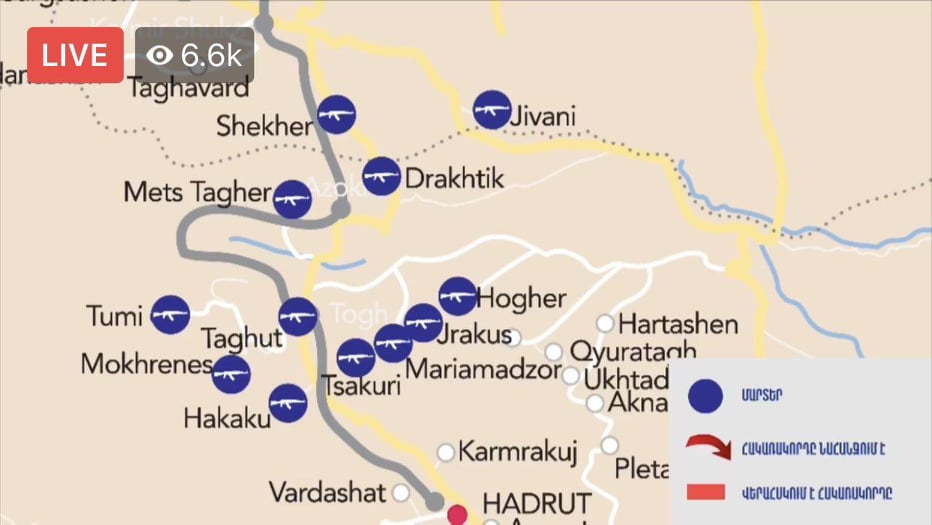 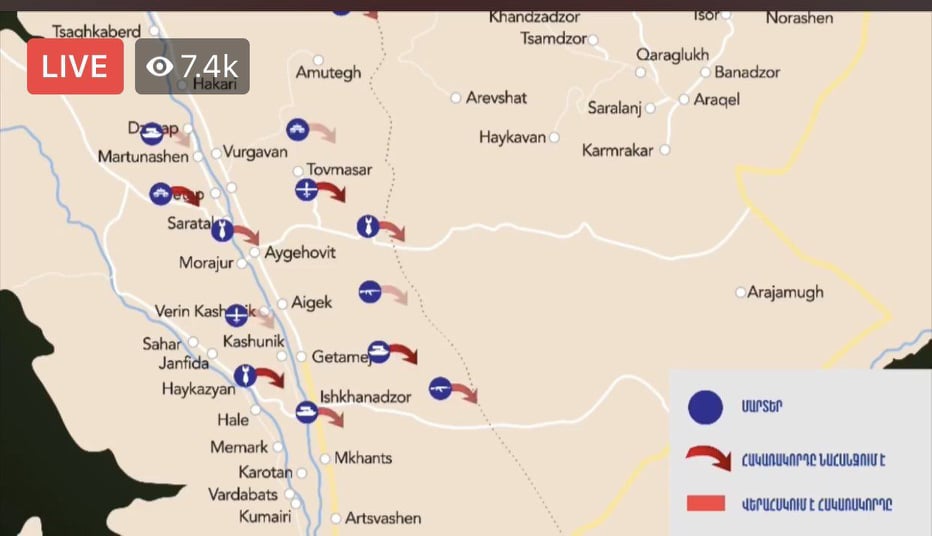 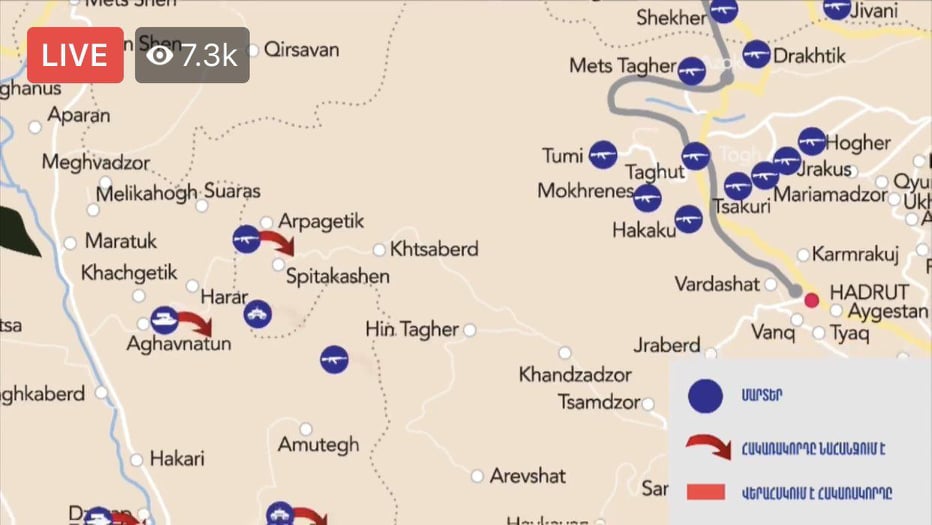 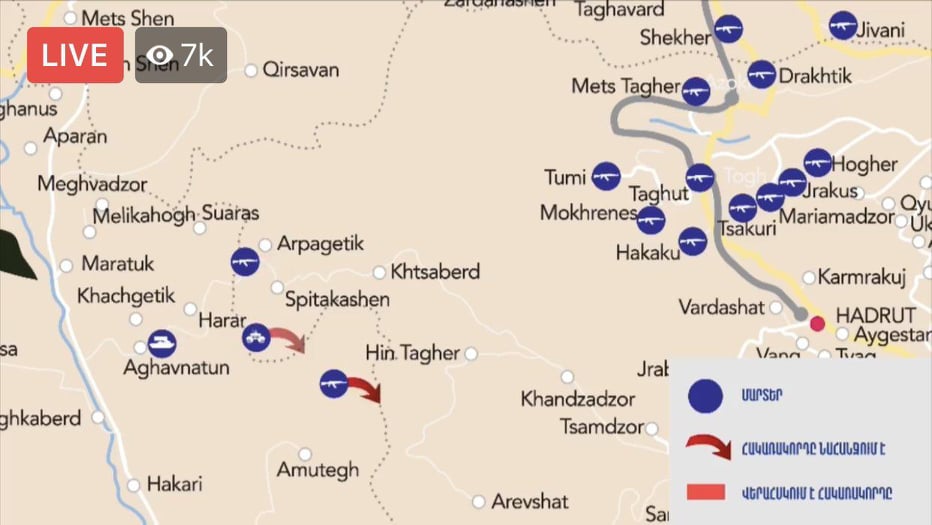 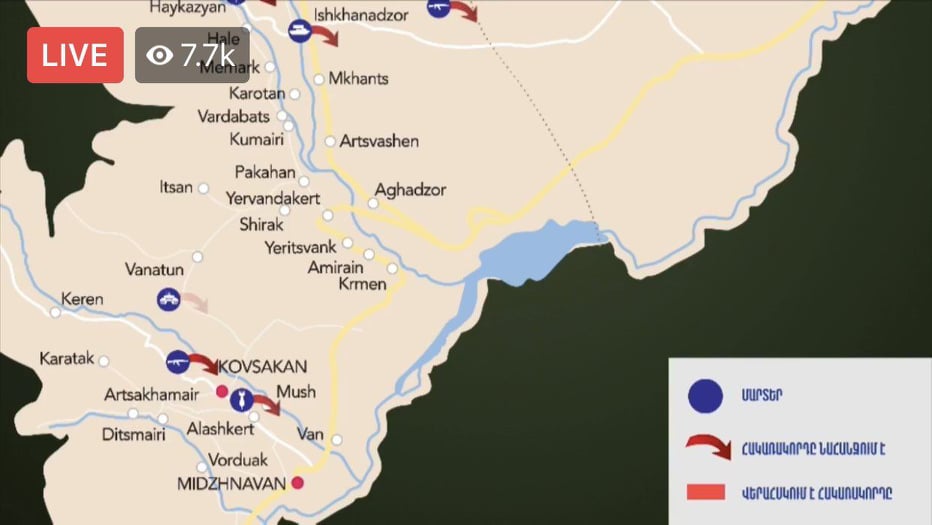 Ministry of Defense of Armenia warned that military actions still continue, there are local fights going on, and correspondingly, the map is also changing actively.

Interactive map of military actions as of October 24, 2020, version provided by the Ministry of Defense of Azerbaijan

Reuters: Map of the Karabakh conflict zone as of 2019. Data on internally displaced ethnical Azerbaijani persons

According to the permanent representation of Azerbaijan in UN, by the end of 2019 there were 651,458 internally displaced persons in Azerbaijan. Yellow marks the districts  abandoned by ethnic Azerbaijanis after the Karabakh war of 1988-1994.

Trump Is Not A Billionaire - VIDEO

All national forests in California temporarily closed due...

Meghan: Duchess of Sussex tells of miscarriage 'pain and...

BMW has been spotted testing the next generation of its 4-Series Gran Coupe. Its...

US election 2020: Biden to present team as Trump allows...

The US president-elect will formally introduce cabinet picks, as the transfer of...

Moderna's coronavirus vaccine will provide immunity from the disease for at least...

These are the most common password that people are using...