Democrats called on President Trump to disclose his tax returns following a New York Times report alleging he paid $750 in federal income taxes in 2016 and 2017 and nothing in 10 of the past 15 years. Details: Trump said the report was "total... 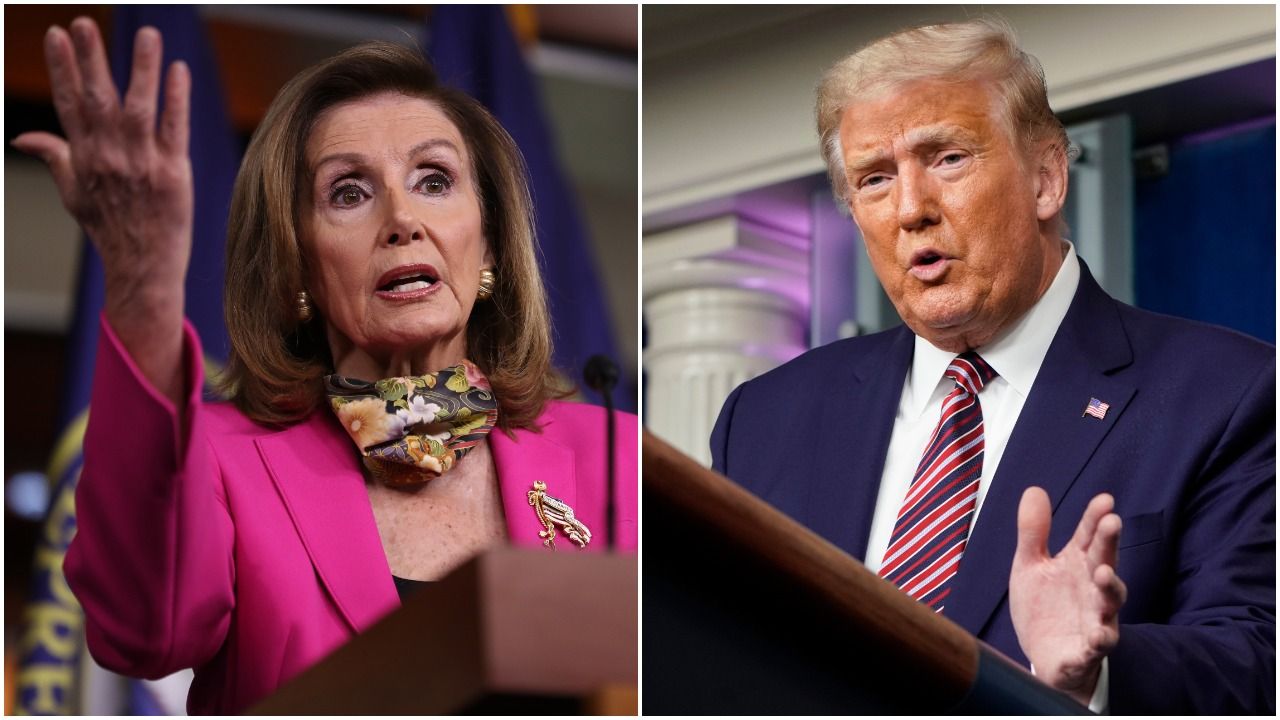 Democrats called on President Trump to disclose his tax returns following a New York Times report alleging he paid $750 in federal income taxes in 2016 and 2017 and nothing in 10 of the past 15 years.

Details: Trump said the report was "total fake news," that he's unable to release the returns as they're "under audit" by the IRS, "which does not treat me well." House Speaker Nancy Pelosi (D-Calif.) said in a statement the report "provides further evidence of the clear need" for a House lawsuit to access the tax returns and "ensure the presidential audit program is functioning effectively, without improper influence."

Democratic National Committee Chair Tom Perez said in a statement, "Trump’s business ties represent a dangerous conflict of interest with his job. And now, with enormous debts soon coming due, he is using the presidency to line his pockets instead of helping the American people.

Ways and Means Chair Richard Neal (D-Mass.), who's spearheading the House lawsuit, said in a statement, "Donald Trump is the boss of the agency he considers an adversary.

Rep. Alexandria Ocasio-Cortez (D-N.Y.) tweeted, "In 2016 & ‘17, I paid thousands of dollars a year in taxes *as a bartender.* Trump paid $750. He contributed less to funding our communities than waitresses & undocumented immigrants. Donald Trump has never cared for our country more than he cares for himself. A walking scam."

Sen. Elizabeth Warren (D-Mass.) tweeted, "Donald Trump paid just $750 in income taxes in 2016 and 2017. He knows better than anyone that there’s one set of rules for the wealthy and giant corporations and another for hardworking Americans — and instead of using his power to fix it, he's taken advantage of it at every turn."

Rep. Bill Pascrell (D-N.J.) tweeted, "Trump’s refusal to divest has made him vulnerable to foreign influence and blackmail."

Former Trump campaign manager Brad Parscale hospitalized after he was armed and...

'This is Like Hillary's Emails': DNC Chairman Defends Joe...

Biden Does Not Support Idea of Defunding Police, Campaign...

Biden's $2 Trillion Clean Energy Plans Could Mark The Beginning Of The End For The...

Spotify today has released its highly-anticipated iOS 14 widget with the latest...

Why Do People Get Payday Loans? A Breakdown By Income,...

Why Do People Get Payday Loans? A Breakdown By Income, Age And Location