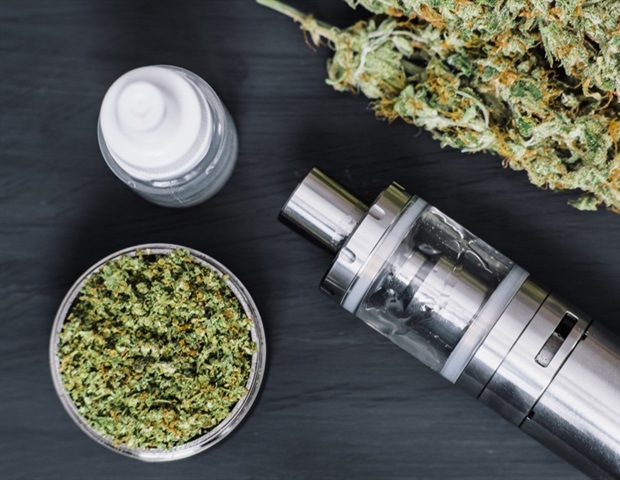 This latest report from the CDC comes after several reports of acute lung injuries seen with vaping especially using productions containing Tetra hydrocannabinol or THC. THC is the active ingredient that is present in marijuana. This report from the CDC collates case reports of 809 patients from Illinois, Wisconsin and Utah who use products containing legalized marijuana in e cigarettes. According to the CDC, 131 of these patients or 16 percent have reported acquiring the products from commercial sources. Most of the population – 627 individuals, said they had obtained the products from “informal” sources. This includes friends, family members or online and person dealers. Only 6 percent of 51 individuals studied obtained their products from both of these sources.

The CDC report goes on to say that when asked about the legal status of the stores, the products were obtained from, most people were unaware. In the states where recreational marijuana is legalized as well, the people did not know which of the stores were licensed by the state and which were not. For example, in California, the Bureau of Cannabis Control have now in their possession over 10,000 illegal vape pens that were seized from unlicensed retailers within a span of just 2 days last month.
A total of 1,979 patients with history of substance use were studied and of these 82 percent or 1620 had been using marijuana containing products. The team noted that 264 had been using nicotine only vaping products. The report added that even adolescents aged between 13 and 17 years were found to be acquiring the marijuana containing vape pens mostly from informal sources. The adults were more likely to get their products from commercial sources.

The CDC started their investigation looking at all cases of lung injury irrespective of the content of the vaping devices – nicotine or marijuana. They noted that illegally purchased THC contained vape products were preferred over nicotine containing products as these produced a greater high and were used in an oil base. These THC cartridges were associated with acute cases of lung injuries reported from eight different states says the CDC. The organization added that even when they found the THC containing cartridges, they could not detect the stores that sold these devices because of lack of information on these illegal products.

Callahan, the expert pulmonologist explained that contained in the THC cartridges was vitamin E acetate that could be the most likely cause of the acute lung injuries. He added that this was still under investigation saying that something else could be the cause of the lung damage and vitamin E acetate could just be “an innocent bystander”. The team collected the vaping products from 73 patients of these 79 percent had one or more THC vaping products said the agency. Vitamin E acetate was found in 78 percent of the population tested said the CDC. In a recent study of the 51 cases of acute lung injury due to vaping, vitamin E acetate was found in 94 percent of the cases. The CDC wrote, “Although most EVALI cases have been associated with use of informally sourced THC-containing products, 16 percent of patients reporting use of THC-containing products reported acquiring them only from commercial sources.”

Kevin Sabet, president of Smart Approaches to Marijuana and a former senior drug policy adviser said, “The data is clear on two fronts. Legal, licensed products cannot be conclusively stated as safe – as Big Marijuana’s lobbyists have so desperately tried to do – and legalization has only served to make the underground market more dangerous. The significance of this data release cannot be understated.”

Based on several reports the Food and Drug Administration (FDA) has also announced a couple of weeks back that fruit, candy and mint flavoured vaping fluids would be banned across the nation to prevent children and adolescents from taking up vaping e cigarettes. At present the FDA is also investigating the cases of e cigarette associated acute lung injury among the sufferers.

The CDC is also warning that “the best way for persons to ensure that they are not at risk is to consider refraining from the use of all e-cigarette, or vaping, products.”

Virologists Find Coronavirus Is 80% The Same as SARS, Which...

'We Need to Get These Missiles’: Iraq Considers Purchasing...

The push to acquire defensive weaponry comes amid heightened tensions between Iraq...

Cancer describes a variety of illnesses caused by the rapid autonomous expansion...

This is the production version of Tesla's Model Y

The University of Kentucky recently received $3 million from the National Institute...

On January 9th, a video spread online after it was posted onto a public Telegram...