What is the Collective Security Treaty Organization?

Armenia is a member state of the Collective Security Treaty Organization with Russia and four other members. Article 4 of the CSTO specifies that an aggression on a Member State would be an attack on all.

The Collective Security Treaty Organization (CSTO) is a Russia-led military alliance of seven former Soviet states that was created in 2002. The CSTO’s purpose is to ensure the collective defence of any member that faces external aggression. It has been described by political scientists as the Eurasian counterpart of NATO, which has 29 member states, while the CSTO has just six. The organization supports arms sales and manufacturing as well as military training and exercises, making the CSTO the most important multilateral defence organization in the former Soviet Union. Current CSTO members are Armenia, Belarus, Kazakhstan, Kyrgyzstan, the Russian Federation and Tajikistan. Afghanistan and Serbia hold observer status in the CSTO. The organization uses a rotating presidency system in which the state leading the CSTO changes every year.

According to Yulia Nikitina of the Moscow State Institute of International Relations, as of 2013, the CSTO has four types of collective forces. There are two regional groups (Russia-Belarus and Russia-Armenia) which are able to react to external military aggression; a 4,000-head Collective Rapid Deployment Force for Central Asia; a 20,000-head Collective Rapid Reaction Force, both of which are designed to react to situations short of interstate conflicts. There is also a collective peacekeeping force, including around 3,500 soldiers and officers and more than 800 civilian police officers.

The emergence of the CSTO can be explained in large part by the growing regionalization of international relations globally. Regional groupings like the CSTO help small, developing countries in particular confront global competition, as they allow the state to open up to the outside world while protecting national interests.

The CSTO is only the latest iteration of the older Collective Security Treaty, which took effect in 1994 and included Armenia, Azerbaijan, Belarus, Georgia, Kazakhstan, Kyrgyzstan, Russia, Tajikistan, and Uzbekistan. Five years later, six of the nine—all but Azerbaijan, Georgia, and Uzbekistan—agreed to renew the treaty for five more years, and in 2002 those six agreed to create the Collective Security Treaty Organization as a military alliance. Uzbekistan again became a CSTO member in 2006 but then withdrew its membership in 2012.

What Does CSTO Membership Provide?

While CSTO membership means that member states are barred from joining other military alliances, limiting, for example, their relationship with NATO, members receive discounts, subsidies, and other incentives to buy Russian arms, facilitating military cooperation. Most importantly, membership presumes certain key security assurances – the most significant of which is deterring military aggression by third countries. In the CSTO, aggression against one signatory is perceived as aggression against all. It however remains unclear whether this feature works in practice.

At the time of the April 2016 war between CSTO member Armenia and non-CSTO member Azerbaijan, Russia had already supplied Baku with 85 percent of its offensive weaponry. When Armenia became a CSTO member, it had to accept a provision that its membership only concerned its UN-recognized borders. During the conflict, most of the fighting was concentrated at the Line of Contact in Nagorno-Karabakh, and therefore outside the purview of the CSTO. Azerbaijan however did attack Armenia’s state border in the Tavush region. CSTO member states were obliged to condemn Baku for this and to offer assistance to Armenia. None of the CSTO member states however did this.

Similarly, when Turkey shot down a Turkish jet in 2015, CSTO members gave only rhetorical support to Russia in aiming to balance their good relations with Turkey.

While the CSTO nominally provides equal standing to member states, it was clearly conceived by Russia as a multilateral institution to project its power regionally. In particular, the organization has given Russia the power to block NATO operations in the region and provided a way for Russia to contain Chinese military influence in the region. This Russian dominance of the CSTO not only weakens the organization’s legitimacy globally, it also presents a foreign policy challenge as Russian aims do not always align with other CSTO members’ interests.

For example, in mid-September 2019, Russian Deputy Prime Minister Yuri Boris stated that Russia would not oppose granting Azerbaijan a special partner status in the CSTO. While Armenia responded that it would veto such an attempt, it is not clear whether Armenia – or other CSTO members finding themselves in similar circumstances – would have the necessary leverage to resist Russian efforts to pursue certain aims.

Moreover, institutional weaknesses, in particular the organization’s inability to react to aggression by third countries on its members, points to the inefficacy of the organization, especially in its most primary function of regional security.

Structure of the CSTO

The Collective Security Council (CSC) is the highest body of the CSTO and comprises the heads of member states. The Council’s Chairman is the head of the country that holds the rotating chairmanship.
The Council of Ministers of Foreign Affairs is the executive and advisory body of the CSTO. They coordinate member states’ activities in foreign policy.
The Council of Ministers of Defense coordinate member states in military policy, capability, and cooperation.
The Committee of Secretaries coordinate member states in ensuring national security.
The Permanent Council coordinates member states in implementing decisions made by CSTO bodies in periods between CSC sessions.
The Secretariat is a permanent working body of the CSTO that provides organizational, informational, analytical, and consultative support to the various CSTO bodies.
The Joint Staff is another permanent working body which prepares proposals on military activities.
The Parliamentary Assembly is an inter-parliamentary body that considers issues of cooperation in international, military, political and legal fields, and drafts proposals for the CSC and other bodies as well as parliaments of member states.

Schools in Hungary to remain closed until end of May

Mars Samples Returned to Earth Could Trigger 'Next COVID-Like... 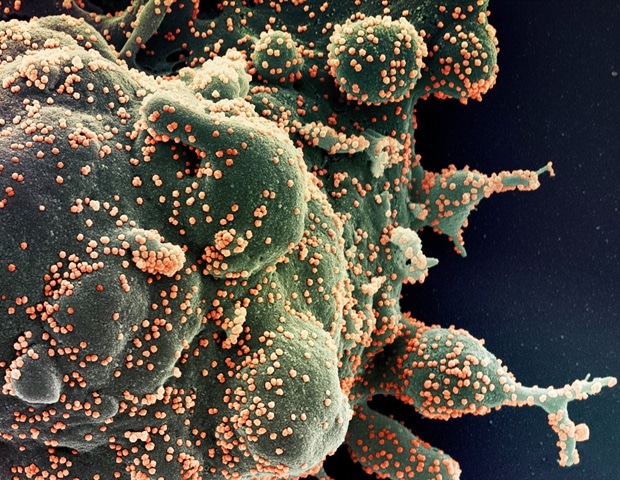 Now, a study by researchers from the University of California has shown that the...

Minecraft Dungeons has shown off some upcoming additions during Minecraft Live 2020,...

The Ukrainian city of Dnipro has so far registered only 13 coronavirus infections...