KIEV, January 10 (Sputnik) - Ukrainian President Volodymyr Zelensky on Friday said the West's claims about a Ukrainian airplane that crashed in Iran allegedly being downed by a missile were possible, but remained unconfirmed and called on the... 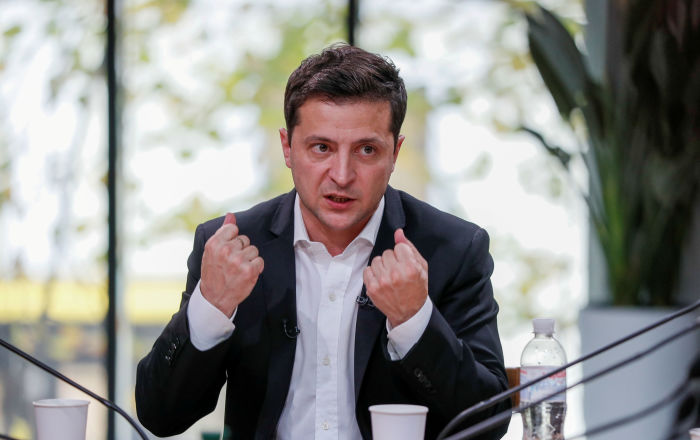 Ukrainian President Volodymyr Zelensky on Friday said the West's claims about a Ukrainian airplane that crashed in Iran allegedly being downed by a missile were possible, but remained unconfirmed and called on the US, UK, and Canada to provide evidence.

"We are in constant contact withour representatives. Claims that a missile struck the aircraft cannot be excluded, but as of today they remain unconfirmed. Considering statements made by the US, UK, and Canadian governments, we call on our partners to present evidence to the commission investigating the incident", Ukrainian President Volodymyr Zelensky wrote on his Telegram blog.

Zelensky added that he would be holding talks later on Friday with US Secretary of State Mike Pompeo concerning the ongoing investigation into the plane crash.

The jet crashed on 8 January near Tehran, shortly after takeoff, killing all 176 people on board, including citizens from Iran, Canada, and Ukraine. The plane's pilots didn't report any malfunctions prior to the crash, although the aircraft reportedly turned back toward the airport shortly before it started losing altitude, according to a preliminary report by the Iranian authorities.
The accident took place after Iran's missile attack on American facilities in Erbil and the Ayn al-Asad Air Base in Iraq. Tehran blamed a technical malfunction for the tragedy while the US, UK, and Canadian authorities claimed that the jet could have been shot down by an Iranian surface-to-air missile, citing intelligence findings. The Ukrainian president earlier called to refrain from speculating about the incident.

Ukrainian president Zelensky calls on US, Canada & UK to provide evidence that Tehran...

Trump argues 1 million coronavirus cases in the U.S. is...

India to be under complete lockdown for 21 days starting...

At War With a Virus

Hotels and casinos along the Las Vegas Strip are closing...

Family Feud is a simple enough show: You are given a prompt, and you have to guess...

Minimum wage hikes are a hot topic these days, particularly as a number of cities...

Watch SpaceX launch another batch of its Starlink satellites...

SpaceX is launching another group of 60 satellites for its Starlink broadband internet...

It's good to be skeptical of Wikipedia articles for a number of reasons, not the...

SpaceX has won the launch contract for NASA’s 2022 mission to explore the mineral-rich...

The Queen reportedly asked Prince Harry not to release...

The drama surrounding Prince Harry and Meghan Markle's effective exit from the royal...

Tornado rips through Nashville, with at least 7 dead and...

The Covid-19 outbreak is far from dying down, head of the World Health Organization...

The death toll from 2019-nCoV coronavirus outbreak in China has reached 56, with...